How Do Bail Bonds Work in Hartford, CT?

Need to Know How Do Bail Bonds Work In Hartford, CT?

Although the rates are going down, there are still around 30,000 people arrested in Connecticut every year.
If you or a loved one is facing the possibility of going to jail, one of the things you need to understand is bails and bail bonds.
Knowing how to navigate bail will help ensure you or your loved one is kept out of prison as much as possible. If you’re asking, “How do bail bonds work?” in the face of a difficult situation, this article will help you learn that and more.
To learn how bail bonds in Hartford, Connecticut, work, keep reading. We’ll answer all of your questions about bail and bonds.

Bail is how the court allows individuals to await their court date at home instead of in prison. If you want to go home while you await trial, you will have to pay the amount dictated by the judge at your bail hearing.
The more likely you are to come to your court date and not cause any problems while you’re out on bail, the lower the bail amount will be. Sometimes, bail will be denied because a person is deemed too dangerous to be allowed to be free, or it’s believed that they’ll attempt to flee the area to avoid going to court.
Once you show up to court, if you posted the bond yourself, you’ll get the full amount of the bond back. However, if you don’t show up to your hearing, the court will keep the amount of the bond.
You can post bail for yourself or have a family member or friend do it. If you don’t have enough money to post bail, then you’ll need to get a bail bond.

What is a Bail Bond?

A bail bond is posted by a company or an individual in your place. In most cases, you or a family member will be expected to provide 10% of the value of the bond to the bail bondsman. Then, you need to provide enough collateral to make up for the rest of the cost of the bond.
Some things that can be used as collateral include:

Once you’ve provided the bail agent with the 10% cash and collateral, they will go to court and post bail for you.

How Do Bail Bonds Work?

Let’s go over a couple of example cases to give you a better idea of exactly how this process works. Let’s look at two criminals that were busted for the same crime: Bob and Joe.

The Defendant Shows Up in Court

Bob’s bail is set at $10,000. He has just enough money to give $1,000 to the bail bondsman. Then, he uses his car for collateral and his mother offers some gold jewelry to cover the rest of the remaining $9,000 of the bond.
When his day in court comes around, he shows up. He has several more hearings and attends each one like he’s supposed to. At the end of his case, he’s been found not guilty and gets back his car and his mother’s jewelry. The bail agent keeps the $1,000 as his commission for the risk he was taking on.
Even if he had been found guilty and sentenced to do time in prison, he still would have gotten his money and collateral back because he showed up to all of the court hearings. And, the bond agent still would have kept the 10% commission.
The Defendant Does Not Show Up in Court
Joe also had his bail set at $10,000. He borrowed money from his best friend to pay the $1,000 to the bail agent. Then, he got his mother to offer her nice car as collateral for the remainder of the bond.
Instead of being responsible, Joe decides to skip town and doesn’t show up to any of his court hearings. The bail bond agent sells his mother’s car to cover the remainder of the bail bond. Joe’s friend and mom don’t get anything back from the bail bondsman.
More than likely, there’s also now a warrant out for Joe’s arrest and if he’s caught, he’ll be lucky if he’s offered bail again. If he does, it will be much higher than $10,000.

Where to Get Bail Bonds in Hartford

There are several bail bonds companies set up near the police departments and courts in Hartford. However, not all bail bondsmen are created equally. It’s important to find one that matches the following criteria:
1. Experienced
You don’t want there to be problems with your bail getting posted because the company you’re working with doesn’t know what they’re doing. Here at Liza Davis Bail Bonds, we have over ten years of experience in getting people the bonds they need and know our way around the system.
2. Trustworthy
Your name and some personal information will be made public when you get arrested and when your bond is posted. This makes you vulnerable to bail bonds scams. With the right bail bond company, you can trust them and reach out whenever you believe you’re being targeting for a scam.
3. Available
In most cases, bail has to be posted within 48 hours of your bail hearing. Since time is critical, you need to get a bail bond company that is available to make sure your bail gets posted as soon as possible. Liza Davis Bail Bonds is available 24/7 to help you get out of any situation no matter what time of day or night it is.

Now you know the answer to the question, “How do bail bonds work?” As you can see, it’s important to make sure you or your loved one shows up to the court date to ensure you get your collateral back and don’t have to worry about paying off the rest of the bail bond.
If you’re in need of a bail bond, call us at 860 347 2245. We would be more than happy to answer any additional questions you may have and to help you see how we can help with your case. 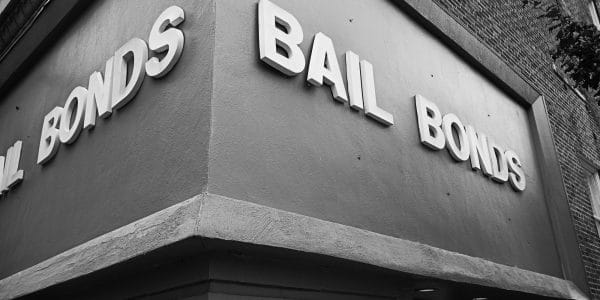