How to Post Bond for Women in Niantic, Connecticut

What are the Most Common Types of Bail Bond For Women In Niantic, Connecticut.

Once a person is arrested in Connecticut, they will be taken into custody. Here’s where they will be booked after being interrogated by a police officer for basic information. This could include things like names, addresses, ID proof, and other basic information.
Additionally, photos and fingerprints might also be collected for the state database.

The bail is then set for you, however, if you are unable to pay the amount, the police are required to report the same to the bail staff. After this, the bail staff may review the amount set by the officers and decide whether or not to make adjustments.

The bail staff uses certain criteria called “weighted release criteria” that help them determine the amount. This includes the nature of the offense, the defendant’s record of past offenses and court hearings, employment, character, mental condition, family ties, and other relevant factors.
They are at liberty to let the bail amount remain the same, increase or decrease it at their discretion. If you’re lucky enough, you’ll receive a PTA or a non-surety bond, allowing your release without payment. However, in some cases, you are assigned an amount that you have to pay.

When to Hire a Bail Bondsman

While someone can then choose to post the bail amount, certain instances might push them to hire a bail bondsman instead. Here are a few circumstances where it’s advisable to hire a bondsman.

1. You Cannot Afford the Bail Amount

Bail can be incredibly expensive depending on the kind of crime one is accused of committing. If you cannot afford to bail out your friend without breaking the bank, or simply cannot afford it, it might be more prudent to consider seeking out the services of a reputed bail bond service in Connecticut.
Most agencies only charge you about 10 percent of the amount, and they also take responsibility for paying the full amount in case the offender fails to show up at their trial or hearing.

2. The Bail Process Seems too Complicated

The process of posting bail can be very tricky. Sometimes, your circumstances may also not warrant the kind of time or effort you would need to post bail for a friend or loved one in need. In times like these, it would be easier for you to rely on the expertise of people who post bail and bail bonds for a living.
Agencies and bondsmen are more familiar with the nuances of the laws, and the bail process. Leaving it up to them would take the pressure off learning about the whole process from scratch.

How to Post Bond for Female Offenders in Connecticut

Choosing to employ a bondsman requires you to find the right one. Whether the defendant’s been arrested for a felony or a misdemeanor, here’s a breakdown of 3 important steps you need to take.

To post a bond for a woman in Niantic, you first need to get in touch with an agency that specializes in these types of situations. Make sure you find a reputed agency that has the appropriate credentials and experience to practice their job.

Once you find the right agency, be sure to ask them as many questions as you need to learn more about the process. Communicate the name of the individual, the facility they are held at and all other details that are relevant to your circumstances.
Based on the bail amount, you will most likely be charged a non-refundable fee of at least 7-10 percent of the total amount.

Most agencies also require you to keep some type of collateral in case the defendant fails to show up at court for their trial or hearing. This is a way for bondmen to ensure that the defendant retains some amount of accountability for their actions.

Additionally, do note that certain circumstances might include non-financial conditions of release. This might include staying under supervision after release, compliance with travel restrictions, withholding of dangerous weapons, controlled substances or other intoxicants.
There might also be temporary restraining orders in cases that involve victims of a crime. Depending on the circumstances of a particular case the defendant might have to agree to a wide variety of conditions in addition to posting bond or bail.
It is essential to comply with all of these mandates to ensure that they stay released until a final verdict is passed in court.

What to Do if You Need Bail Bond Services in Connecticut

If you or someone you know has a loved one or relative in prison, it is important that you are able to post bond and get them out immediately. Any amount of jail time can be a terrifying experience for both, those experiencing it and their loved ones as well.
If you’re still confused about how to post bond in Niantic or are unable to afford the amount due, we’re here to help you out.
Whether it’s for a felony, misdemeanor, assault or DWI, we’re available 24/7. Get in touch by giving us a call, sending an email or filling out a confidential form for a FREE consultation. We’ll be more than happy to assist you as soon as possible. 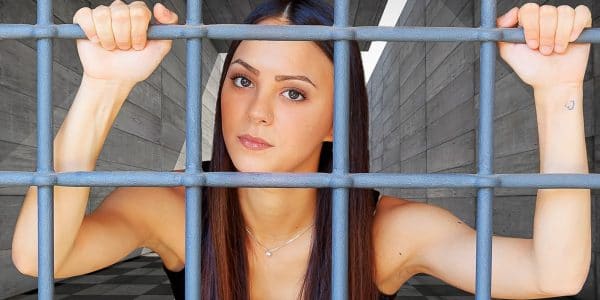