What Is a Surety Bond in Torrington, CT?

In 2018, the state of Connecticut had just over 13,600 people in its prisons. While this is a decrease from 2008, that’s still a pretty high number. And most likely, you don’t want to be part of this population.
However, everyone makes mistakes, and you may have made one that’s costly to your lifestyle. You’ve been arrested, and you need to get out of jail quick. Because of that, you might be looking into surety or bail bonds in Torrington.
Read on to find out everything you need to know about a surety bond.

What Is a Surety Bond?

In a surety bond, there are 3 parties involved:

A bail bond is a type of surety bond, so if you’ve been arrested, you’re probably seeking out a bail bond. In this case, the bondsman serves as the surety, you’d serve as the principal, and the state serves as the obligee.
While you’ll still have to show up for your trial after you’re released from jail, at least you don’t have to spend days (or even weeks) waiting until it’s your time in court.
If you aren’t able to post bail on your own, this is where a bail bondsman comes in. They’d post the full amount and charge you for a small percentage, as well as ask for collateral.

The better the character you have and the less likely you are to run out on your bail, the lower it’ll be. However, if you’ve committed a serious crime, don’t expect to be released on bail, as the flight risk is too great.

Get a Surety Bond From a Torrington, CT Agent

If, after reading this article, you realize you need a surety bond from Torrington bail bondsmen, look no further than Liza Davis Bail Bonds. We have years of experience helping people like you get out of jail pronto.
Everyone makes mistakes, and you shouldn’t have to pay for yours. If you’re in any legal trouble, make sure you get in touch with an expert business with bail bonds serving Torrington so you can get your life back on track in no time.
Do you need help with a surety bond? Then get in touch with us now. We’re open 24/7 and offer free consultations! 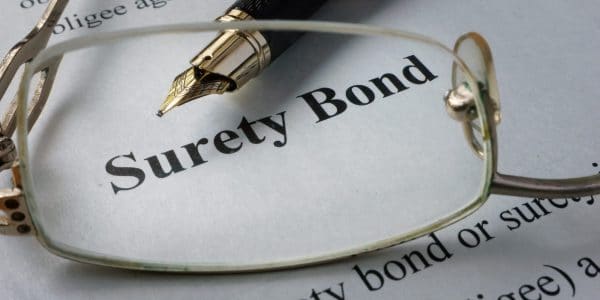