A Neutral Run Down of What You Need To Know Before Nov. 3 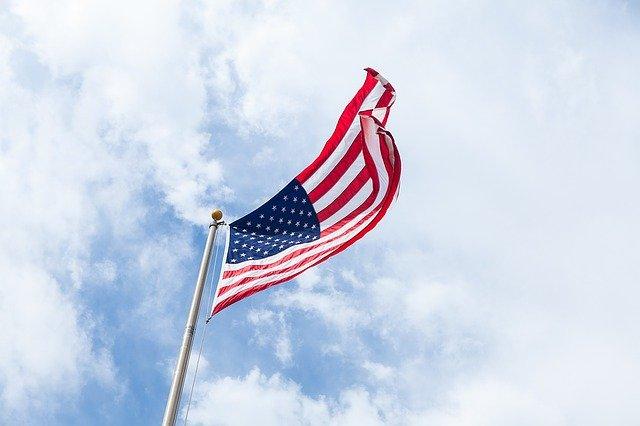 2020 Presidential Election is one that has polarized the country in many ways with a choice between candidates that represents differences in ideologies, political affiliations, key issues and approaches to governing. Current President Donald Trump is facing off against Democratic candidate Joe Biden, former U.S. vice president under then-President Barack Obama.

This is one of the more unique elections given the ongoing COVID-19 pandemic and the spread of election-related information via social media channels. Given the sheer volume of information available, it can be challenging to get a straightforward look at the 2020 election without the partisan slant.

Current President Donald Trump is the Republican party nominee who is running for reelection in 2020. Trump is accompanied by his running mate, Mike Pence. The two were sworn into office in 2017 and met the threshold for Republican delegates to run again in March 2020.

Touting his experience as a private sector businessman, Trump has focused much of his re-election effort on immigration, jobs and the economy. He has named his platform “America First,” a nod to his focus on a more isolationist approach to foreign policy. During his first term, Trump has not only withdrawn the U.S. from the Paris Climate Accords and the Iran Nuclear Deal, but also, he nominated and got confirmed two justices to the U.S. Supreme Court. He has also counted hundreds of confirmed appointments to the federal judiciary. Trump was also responsible for passing the First Step Act in 2018 and the Tax Cuts and Jobs Act of 2017.

Trump intends to dismantle the Affordable Health Care Act and instead has hinted at a new plan that he not yet revealed. He also plans to continue with an aggressive policy on trade towards China, which he has already implemented during his first time. In fact,  he has heavily touted his stance on China as one of the ways in which he is putting American workers first in terms of trade and the economy.

Trump is an advocate of the second amendment and has supported rights for gun owners.

Joe Biden is the former vice president of the United States and met the threshold for the Democratic nomination in June 2020. His running mate is Senator Kamala Harris. One of the biggest aspects of her choice as his running mate is the fact that she is a black woman, and is meant to reflect Biden’s commitment to racial diversity within the party.

Biden’s platform is focused heavily on undoing many of the policies initiated by Trump during his four years in office. Biden is also focused on immigration, stating that he will end the family separations happening at the border. He intends to build on the Affordable Care Act instead of enacting the more radical Medicare-for-All proposal.

Biden has unveiled his “Build Back Better” plan for the economy, with an emphasis on economic recovery in the face of the ongoing issues from the pandemic.

There are several pertinent issues facing the presidential candidates in this election cycle. They include the Supreme Court nominations, the ongoing federal response to the COVID-19 pandemic, the economy, climate change, racial injustice and ?

Given the recent passing of Justice Ruth Bader Ginsburg, the Supreme Court has once again become an issue on which voters are focused. President Trump has nominated Amy Coney Barrett and is attempting to push her nomination through prior to the election. Biden’s position has been that Congress should wait on Barrett’s nomination until after the election, so that voters may have a say as to whether they want a conservative justice or not.

The issue could tip the scales of the Supreme Court in a conservative direction for generations to come.

The federal response to the ongoing COVID-19 pandemic has been an area on which voters have focused because cases continue to rise in the U.S. Trump’s position on the federal response is that his administration has handled the situation appropriately, given the information available at the time. Trump posits that the U.S. has led internationally on COVID-19 response. Comparatively, Biden’s position is that the Trump administration has not done enough to address the continued rise in cases in the ongoing pandemic and that if elected, a Biden administration would instead allow infectious disease experts to lead on this issue.

The economy is another issue on which both candidates are campaigning. Trump has signaled that if re-elected, he would be willing to pass another stimulus bill to help Americans struggling with economic woes in face of the pandemic. Biden has also indicated the more assistance from the federal government is necessary in light of the pandemic and has also pledged relief.

Climate change is another issue dominating the campaign. Trump has initiated numerous policies that have allowed for more drilling in the Artic and less environmental regulation, citing the need to have more of a balance between climate change policies and economically-friendly environmental growth. Biden is being pushed to enact the more radical “Green New Deal” from the left wing of the Democratic party. However, while he has not agreed to put forth this policy if elected, Biden has noted a need for more of an emphasis on climate change through policy initiatives and regulation.

Racial injustice has been a central issue in the United States for much of the summer of 2020 and into the fall. This follows several years of high profile incidents involving the deaths of people of color at the hands of police. Some factions of the population have pointed to racial inequalities that require reform in policing in the United States.

Trump has taken a “law and order” stance on the issue, clamping down on the protests and unrest that have come from these incidents. Biden has done the same while also calling for some reforms in the way that America approaches policing.

Battleground states are those considered something of a toss-up between the Republican and Democratic candidates for president in the last few election cycles. These states are critical to campaign strategy since other states tend to vote along the same party lines in presidential elections. For instance, in the 2016 presidential race, 40 states went for the same political candidate as they did in three previous election cycles prior. This underscores the importance of the battleground state, sometimes also referenced as “swing states.”

In the 2020 presidential election, there are seven battleground states that have been identified as “toss-ups.” This means that either candidate has the potential to gain enough traction in these states to win votes and gain these electoral votes.

They include Florida, Wisconsin, Pennsylvania, North Carolina, Georgia, Michigan and Arizona. Five states that polls are watching as potential toss-ups include Texas, Ohio, Minnesota, New Hampshire and Iowa. The reason these states are not officially classified with the battleground designation is because their history in presidential elections has an identifiable pattern prior to the 2020 election year.

One of the reasons that battlegrounds are crucial in presidential elections is because polls indicate how a candidate is doing in one area or another, allowing both to campaign more ardently in these states. in 2020, Iowa and Ohio are considered states that traditional lead Republican, but are now classified as toss ups. Wisconsin is a state that has traditionally been considered a toss-up, but is now leaning Democratic. Minnesota is one to watch because while it has leaned Democratic, many polls are now placing it squarely in the Democratic column for this race.

The role that battleground states play in presidential elections underscores the reason that candidates consider them to be so important. They often help to decide the outcome of the election and given the number of undecided voters found in these regions of the country, campaigning on the ground in these states often gives candidates a better shot at winning these votes.

Ultimately, the 2020 election will be remembered as one defined by an ongoing pandemic and some of the most stringent polarization seen in recent memory. The candidates are as far apart ideologically as seems possible and supporters on both sides have dug in regarding which is the best choice.

While the American public will decide on November 3, there is a great deal of misinformation spread on social media and other less reputable websites that make it challenging to wade through election information.

This guide provides an outlay of neutral election information, so that voters can determine which is the better choice based solely on the candidates and key issues in the 2020 election.