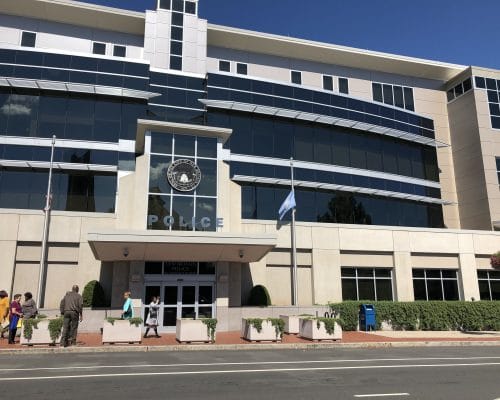 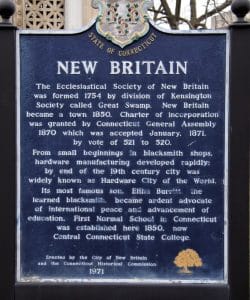 The Steps to Bail Someone Out In New Britain Connecticut

First step to bail bonds in New Britain, CT is for the bail to be set after the arrest. The police department will determine the amount for your bail bond. If you can't pay the bond, a judge must then decide the final bail amount. Not paying the final bail will lead to you staying in jail until your next court date.

Once you have made that call, to a reliable New Britain bail bonds service, we will send a bail agent to meet with you in person. At that time the bail bondsman will discuss the steps involved in the bail bonding process and collect payment.

Once the New Britain police receive the bail bond, they will complete the proper paperwork. At this point, they may leave the jail and return to their home and that they will appear in person for their next court date.

Once you go to court, exoneration of the issues bail bond will occur. This will happens regardless of the final outcome in the case. Liza Davis Bail Bonds, a Connecticut company, takes a great pride in providing services to its customers. Our professional Bail Bonds agents are available 24/7 and work quickly to get you or loved one released. For more information, call 860-347-2245.

If you want to know more information about the bail bonds process, then please contact us today.

What You Need to Know About Bail Bonds in New Britain, CT

If you or someone that you know is in need of bail bonds in New Britain, CT, then you might feel as if your back is up against the wall.
However, there’s no need to panic. It isn’t often that people understand or know much about the bail bonds process without previous experience in it.
If you don’t have any prior experience with this side of the law, then there are several things you should know heading into your first exposure to it.
Be sure to read the several things below about things you need to know about bail bonds in New Britain, CT.

The Amount Will Always Be Within Reason

Many people are afraid that the system will set a bail charge that’s too high for any bail bonds agent to have an interest in posting their bail.
In fact, there’s a common misconception in the public that officers set a bail amount so high that the arrested person can’t possibly hope to get out.
However, the 8th amendment protects Americans from receiving both cruel and unusual punishments or an excessive bail amount.

Don’t get it twisted, depending on your crime(s) the bail amount will still be significant.

But, because the 8th amendment demands that the amount be reasonable, you will be able to find a trusted bail bond agent to cover you.

There are Two Types of Bail Bonds

Not many people realize that the term “bail bond” actually has different two different types to it. They are known as cash bonds and surety bonds.
Surety bonds are the bonds usually set for intensive and more serious crimes. They include a higher amount of bail and require a bondsman to oversee the entire process.
Cash bonds are exactly what they sound like. They are bonds that are set and can be paid out entirely in cash. But be warned, the whole amount is due at the time of payment.
Be sure to research the crimes that you or a loved one was charged with to get a sense of whether or not their bond is a cash or surety bond.

There Might Not Be a Bail Amount to Pay

Not every crime or arrest warrants a bail amount to be set There are situations where an amount won’t be set, because there’s no need to pay one.
Instead, a judge will allow the convicted defendant to be released on their own free will in full trust that they will appear for the court date that they’re assigned.
That means no need for a bail bond agent or any other piece to the bond process. Be sure, even if you aren’t required to post bail, to find a trusted attorney for your case.

What Collateral Can Be Used?

For those of you unaware of the process with hiring a bail bond agent, it means that they will pay your initial amount with the agreement that you’ll pay them back.
However, the bail bonds agent or bail bonds company that you use will need some form of collateral to know you intend on paying them back.
So, what kind of collateral is acceptable for that arrangement? Honestly, the answer depends on the agent or company that you’re working with.
But typically, any major asset, such as your car, home, jewelry, bank account, stocks, bonds, or even credit cards will suffice.
Be sure to ask the agent what they perceive as a credible source of collateral before you assign them to post bail for your loved one or yourself.
Most are flexible, but if you’re uncomfortable with the answer they give you, then you can find someone else.

Don’t Pay the Bail on Your Own

It doesn’t matter whether you or your loved one is desperate to get out of jail or not, it’s never a good idea to pay the bail amount in full by yourself.
Even if you have more than the amount saved up, you’re setting yourself for a significant financial setback.
Rather than paying it in full, hire a bail bond agent who will pay it for you, then you can pay it back in measured payments over time.
Think about the big picture: the bail isn’t the last thing you’ll be paying for in this process.
You’ll also have court fees, attorney fees, and potentially other fines that you’ll have to pay back.

How Is the Bail Amount Determined?

There are several factors that determine how much a judge is going to set your bail amount for.
The first thing they’ll look at is the severity of the crime. If you’ve committed a felony of any sort, then the bail amount is going to be much more significant.
Next, they’ll look through your criminal record. If you’ve been arrested before, then you can expect the amount to rise pretty rapidly.
There are also things such as your reputation for appearing at court from your previous charges. If you’ve bailed a time or two from the court, then the bail amount will skyrocket.
Find the Best Fit for Bail Bonds in New Britain, CT!

Now that you’ve seen all the different factors of bail bonds in New Britain and know a bit more about them, it’s time to find the correct agent to work with.
Be sure to read the list of frequently asked questions at the bottom of our site to see more answers to questions you might have.
For more inquiries, please feel free to reach out by filling out the contact form at the bottom of our home page and we’ll be happy to assist you further!

If you or a loved one commit a crime in New Britain, you will need New Britain Bail Bondsmen. Some people do not realize that...
Read More

What You Need to Know About Bail Bonds in New Britain, CT

New Britain CT Bail Bonds Facts You May Not Know About If you or someone that you know is in need of bail bonds in...
Read More