We Provide Bail Bonds To The State Of Connecticut

Our first priority is helping your loved one navigate the bail bonds process so they can be released. Here at Liza Davis Bail Bonds, we believe everyone is innocent until proven guilty. That’s why we’re in this business. We Proudly Serve All of Connecticut. We’ve been in the Connecticut for 15 years and we’ve helped our clients get released from jail with our affordable bail bonds services.

Here at Liza Davis Bail Bonds, we love the state of Connecticut.

We’re Here For You

Work with the most reliable bail bonds in Connecticut. Give Liza Davis Bail Bonds a call today to learn more. 860.818.7078

The short answer to this question is yes. Anyone over the age of 18 is legally allowed to post bail for you.
But that doesn’t mean you want just anyone doing this job. You’ll want to find someone reliable whom you can trust.Here’s a quick look at the best choices.

If you have enough money, you can post your own bail yourself. It’s a good idea to do this yourself if you can. That way, you won’t have to get anyone else involved.
However, you might not be able to afford it. In this case, you should try one of these other options.

If your family can’t afford to post your bail either, you may be able to ask a close friend for help. But again, make sure it’s a friend you know is reliable.
Asking a friend you aren’t close with for help might not be the best option. Your relationship might not have the right amount of trust—on both sides, and they might not be willing to help you at all.
That’s why family should be your first choice (in most cases). But if you aren’t close with your family, a good friend may be able to help instead.

In many cases, you, your family, and your friends won’t be able to post your bail on their own. At this point, you should turn to a bail bondsman.
A bail bondsman is a professional who can provide the necessary amount of money to post bail for you. And they are just as trustworthy and reliable as your loved ones. Working with a bail bondsman is often the best way—and the most realistic way—to post bail before your next court date.

How To Bail Someone Out Of Jail, Bail Bonds in Connecticut.

Have you or someone you know been arrested in Connecticut and booked into jail?, to begin with, first call Liza Davis Bail Bonds at 860.818.7078. Once we’re called one of our Connecticut Bail Bonds Agents will determine where you or your loved one is being detained.

2) Where are they being detained?

During our call to you one of our Connecticut Bail Bondsmen will gather information about the arrested individual, reason for the Arrest, full and legal name and date of birth. Next, the bail agent will ask who will be co-signing and will discuss payment methods with you. Check out our Police Departments or Department of Correction pages to find further information you may need.

3) Find out their booking status.

You may call the arresting police department to determine how long the booking process will take. Once the phone call is complete one of our Connecticut bail bonds agents closest to your location will meet you at the Police Department or Correction Facility.

4) This is the simplest step.

Next, we will complete the required paperwork with you at the Jail and the payment can be made for the bail bonds. The bond out process usually takes 30-45 minutes. During that time the arrested individual will have their photograph taken, be fingerprinted and the paperwork filled out and signed prior to their release. After completed, your loved one will be heading home.

5) The final step is perhaps the most important.

The arrested individual must show up for all of their scheduled court dates to the assigned courthouse here in CT. In the event the defendant Fails To Appear for any of the scheduled court dates, the bail bondsman who posted the bail will be sent to locate the individual and you will be arrested again and returned to jail. On the other hand, If the defendant doesn’t Fail To Appear, the bond will be exonerated once the case is complete regardless of the disposition.
If a friend or a loved one has been arrested and is in need of a bail bondsman, contact Liza Davis Bail Bonds today.

We've been reuniting families with their loved ones for over 15 years with our professional Connecticut bail bond services. Our CT bail bonds include: 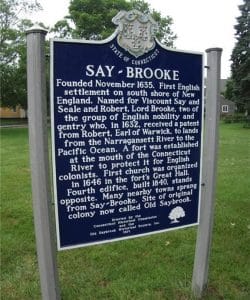