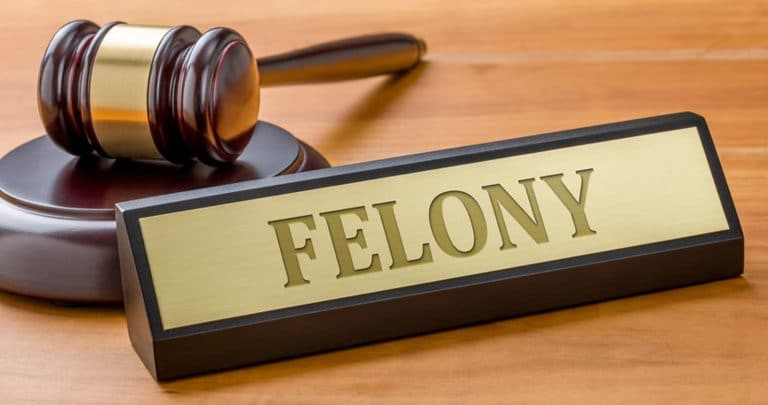 What is A Felony?

Have you been arrested for a felony in Connecticut?

Let Liza Davis Bail Bonds handle everything for you to ensure you are released as quickly as possible.
Our agents are experienced in felony bail bonds. We are reliable and professional. Call our expert bail bond agents in Connecticut 24/7 by clicking on the following number: (860) 818-7078.

Arrested for a Felony in Connecticut?

A Connecticut felony refers to the most serious types of crimes in which could be either non-violent or violent crimes.
Connecticut’s law crimes are divided into two different categories, felonies and misdemeanors.
Felonies in Connecticut are punishable by state prison of one year or more.
Misdemeanors are less serious crimes, punishable by one year or less in jail.
Capital Felonies
As of 2009 Connecticut crimes are no longer punishable by the death penalty.
People convicted of murder, in Connecticut will be sentenced to life imprisonment without the possibility of parole.
Felonies Class A
The Class A felonies are the most serious crimes in Connecticut.
A class A felony conviction can result in up to ten to fifty years or twenty five years to life.
Felonies Class B
A class B felony conviction is punishable in prison from one to forty years and fines of up to $15,000 dollars.
Felonies Class C
Class C felony convictions are punishable from one to ten years and fines of up to $10,000.
Felonies Class D
A class D felony is the least serious felony type in the state of Connecticut,a conviction is punishable by one to five years and fines up to $5,000.
Jumping Bail Felony
Jumping bail means failure to comply with bail terms, this term applies when you fail to show up to court.
If any person intentionally fails to comply with the terms of a bond, the state is allowed to press additional charges known as Failure To Appear.
The charge can stem from a misdemeanor to a felony depending on the nature of the original case.
That means that if you were originally charged with a felony, failing to appear in court on that case would also be a felony charge also known as FTA 1st.
Misdemeanor failure to appear also known as FTA 2nd may apply if you were originally charged with a misdemeanor.
Is it important to get bail?
Yes. People who are not in jail while their cases are pending get better results in court.
There are a number of reasons why. First, is that if you are not in jail you can easily see and speak to your lawyer in order to prepare your defense.
Second is that if you are out of jail, it’s easier to wait as long as needed to go to trial.
Another reason that you should bail or bond out of jail is because if you are out of jail, you can go to work, school, get counseling or attend other classes or programs which could be helpful to your case.
Need Help with a Felony Bail Bond in Connecticut?
If you need more information on a felony bail bond in Connecticut call Liza Davis Bail Bonds
You can call or text us 24/7 at: 860-818-7078