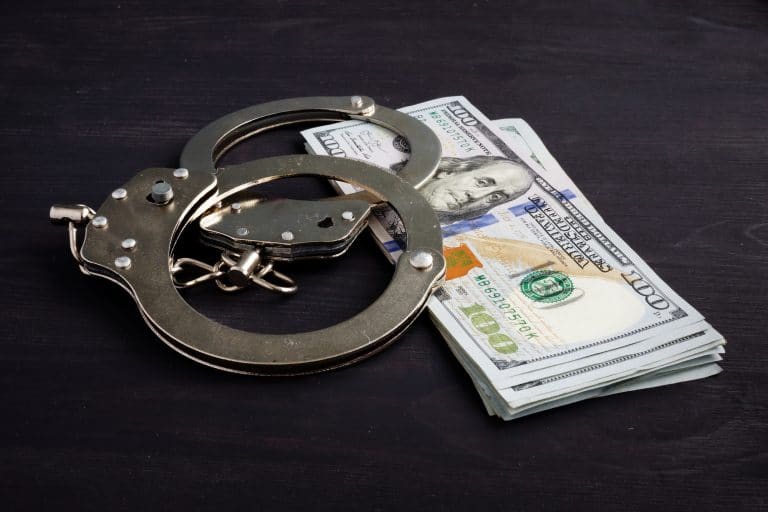 What Are Immigration Bonds?

You’ve probably already heard of bail, bonds or bail bonds in terms of people who have been arrested in conjunction with criminal activity. But what about immigration bonds? How do they work and how can they help your loved one who may be an illegal citizen?
If you have a loved one detained by ICE (Immigrant and Customs Enforcement) who has asked for you to help with a bond, this article is for you. Or, if you’re simply curious about the process, we can help clarify how an immigration bond can get someone out of an ICE detention center.
Read on for more information on these types of bail bonds.

Who is at Risk for Being Detained by ICE?

As you likely know, you only will need to pay an immigration bond if you’ve been arrested by ICE. In order to be arrested by ICE, you’ll need to be an illegal immigrant who has been discovered as illegal. You will then be taken to an ICE detention center where you will wait for your trial.
This is very similar to how criminals are detained in the United States. However, the crime is typically violating their legal status in the United States. Individuals who are not legal citizens may also be arrested for other crimes against the law, but they will usually go to criminal jail first. They may then have to face an immigration proceeding after they have served their time, or they may be turned over to ICE if the judge rules so.

What is Immigration Bail?

You likely already know what bail is, but we’ll explain it here anyway. Bail is the amount of money that a judge sets to allow you to be free until your case finishes. If you pay the bail in full yourself, you will get it returned to you on completion of the case. Immigration bail works very similarly, in that if you can pay out of pocket, you don’t need a bond.
If you or a loved one has been picked up for an immigration violation, a judge will determine if it is appropriate to allow for the individual to go free until the trial. In almost all cases, the right to bail, whether for criminal or immigration, is not automatic. Instead, a judge will weigh a variety of factors before granting it. He or she may determine if you’re likely to flee and if you’re likely to cooperate with the system.
In the Immigration bail process, a judge will also have to determine if you or your loved one poses a threat to national security. If it is believed this is the case, you will most likely not be allowed bail.
But, if the judge does grant you or your loved one bail for the immigration violation, you or your loved one will need to promise to attend all hearings until the matter is solved. By paying the bail, the person in question will be able to leave the ICE center.

What are Immigration Bonds?

You may hear the word bail and bond used interchangeably. You may even hear people referred to as bail bondsmen. But while they are similar, there are some key factors that separate them.
Bail is the entire amount you or your loved one is ordered to pay for conditional release. If you or your loved one can meet this, you will not need a bond.
However, bail in both the criminal and immigration systems are often prohibitively high, meaning that most people cannot afford bail out of pocket. Therefore, they will seek the help of a bail bondsman who will pay their bond.
A bond itself is a surety, stating that you will follow the rules set forth until the final hearing, and it works similarly in both immigration and criminal bonds.
The bondsman will charge you or your loved one a fee in order to act as a guarantor for your bail. For example, if you or your loved one’s immigration bond is set at $10,000, a bail bondsman may charge 10% of this to co-sign the bail. This means that you or your family member will need to pay him or her $1,000 for the services.
Although you or your loved one will get their bail money back if they attend all court sessions, it does not work this way for an immigration bond. Bail bondsmen operate by charging you a percentage of your bail in order to sign your surety. This means that no matter the outcome of your case, even if you were arrested in error, you won’t get your money returned. This is because this is the fee for performing the service in the first place.

Other Duties of Immigration Bondsmen

In addition to signing your, or your loved one’s surety, an immigration bondsman may also have other things you’ll need to in order to maintain that you stay out of jail or in trouble with ICE. You, or your loved one, may need to check in with the agency, which may be above and beyond what ICE requires.
This is because the agency is acting as your surety, and they will be responsible should you choose not to attend court or other appearances.

If you or your loved one needs immigration bonds, Liza Davis Bail Bonds is here to help. The company operates 24/7 and has years of experience behind them. You’ll be able to get yourself or your loved one out of ICE so that together, you can work on the next steps of their case with a cool and clear head.
Click here to contact Liza Davis Bail Bonds now.