Can You Post Bail in Connecticut for Violating A Protective Order?

Violating A Protective Order in Connecticut?

Posting bail anywhere in the United States can be a tedious experience that takes time and effort, especially when a protective order has been violated. This is true in Connecticut as well, even though CT traditionally has a very straightforward bail bond process. There are various reasons for this, but let’s begin with the basics: How do you post bail in Connecticut? 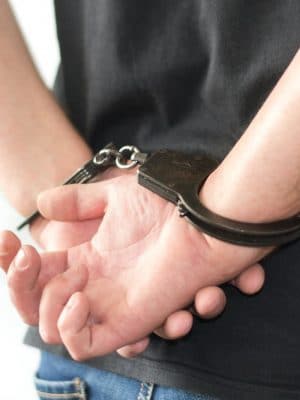 Do You Need the Entire Amount of Connecticut Bond?

If you can come up with the full amount needed to cover the bond, it can be posted at the police department, the courthouse, or prison. If you aren’t able to cover the full amount, a licensed bail bondsman can post the bond. To work with a bail bondsman, you will need to pay a percentage of the bond. This may be about 10 percent of the amount set. This is the fee charged by the bondsman. You don’t get this money back. If you pay the full amount without using a bondsman, you will get the money back.

The amount of your bond will vary, depending on a few different factors. The nature of the offense is the primary concern, as well as any previous convictions you have on your record. The fact that you violated a protective order, which is a felony, weighs against you when setting a bond. Factors that may result in lower bond include having strong family and community ties, employment status, and the circumstances surrounding both the initial domestic violence case and the violating incident. If granted bond, expect some tight conditions on your release. You will probably need to be under supervision, your travel may be restricted, you will, once again, be forbidden from contact with the accuser. If you did not previously have a full no-contact protective order against you, you may now. The court will order you to avoid drinking or using any controlled substances and will want to know if you own any weapons.

When Can I Expect My Money?

Once your case wraps up, your money is refunded. This means after you are acquitted, the charges are dismissed, you enter a diversionary program, or you are sentenced by the court.

The experience of having a protective order taken out against you can bring up a lot of feelings. You may be embarrassed, upset, or angry. You may feel confused or violated. Any of these reactions are normal. It is important to note that protective orders are typically given after allegations of domestic violence. There is no need for the complaint to wind its way through the legal system before the order is issued. This makes it difficult to defend yourself against the allegation initially. Abiding by the terms of the protective order is beneficial down the road.

There are three types of protective orders a judge may issue. The different levels of protection depend on the facts presented supporting the complaint. Limited Protective Orders, or Partial Protective Orders. These allow for some contact between you and the complainant. The contact must be non-threatening. It is important to work to get along with the complainant if contact is necessary. Escalating the situation when there is a protective order in place paints you in a negative light. Full Stay-Aways, or Residential Stay-Aways. You can have contact with the complainant, as long as the contact is not at their home or place of employment. Meeting at a neutral, public sight is a good way to protect both parties if they must meet. Full No-Contact. A full no-contact order means that you cannot have any contact with the complainant.

The Difference Between a Protective Order and Restraining Order

What Happens When You Violate a Protective Order?

You Violated a Protective Order, Now What?

Do not try to explain yourself, none of that matters right now. To avoid creating more trouble for yourself, there are a few smart moves to make. Get an attorney. Do not speak with the police without your attorney present. It will be tempting. The police may seem interested in hearing your story, and you may feel they are being sympathetic. You can be polite, but you need to be firm. No speaking with the police until your attorney is present. Don’t talk with anyone. It is tempting to get your side of the story out to family members and mutual friends. If your intentions were innocent, it feels wrong to be treated like a criminal. Unfortunately, that is exactly how you are viewed by the police. Talking to anyone, even those who trust you completely and you know would be on your side, drags them into your problems. Think of your silence as protection for those you care about. If they aren’t involved, they won’t be called as witnesses. Do not talk to the accuser. It is tempting, of course. You are sure they would clear things up if they would just talk to the police. Well, the police probably found out about your violation from this person, so contacting them will only trigger more issues. Even if the accuser is not the one who reported the violation, you can be sure the police will ask them about any contact. As hard as it is, you need to avoid speaking to anyone about the issue.

Who Can I Talk To?

The only person you should speak to if you violate a protective order in the state of Connecticut is an attorney. Regardless of the reason for the violation, you need legal representation.

What To Expect After Violating a Protective Order

You can expect to be arrested after violating a protective order. You may feel that this is an extreme response to what may have been a misunderstanding, but there are some things to keep in mind. When the order was issued, the judge had you state on record that you fully understood the order and what would happen if you violated it. This is used as an umbrella to cover any violations, and trying to argue miscommunication or that the violation wasn’t serious will not do you any good. Having an attorney with you for your court case helps ensure you get fair treatment. You want to avoid a conviction on the violation order, as that will follow you forever. Even being pulled over for a minor traffic offense will pull up a record of your conviction.

It can be challenging to abide by a protective order if you and the accuser share children or have other legitimate reasons to interact. The easiest way to make sure you can uphold your parental responsibilities while abiding by the protective order is by asking for modifications. To get a modification, it is important that you not violate the initial order. Showing that you respect the order and showing up for all hearings will help your case. Having your lawyer argue that a less restrictive protective order will facilitate visitation is easier if you can get the accuser on board. The process of modifying a protective order can be wrapped in administrative red tape, with the need for input from the prosecutor, judge, family services, and more. While complicated, it is worthwhile as it gives you some breathing room in your relationships. Working with an experienced attorney is important when navigating the complicated domestic violence system. Understanding your rights, while respecting the protective order, can be a balancing act that is difficult to maintain without professional guidance.